There are two ways of looking at social media marketing. As an opportunity to get visibility. Or as a way to build an online community. The first relies on publicity stunts, comms artifacts, and growth hacking. The second, on relationship building with people who have no clue that you exist. But wouldn’t these two have more in common than it seems?

No matter how you see it: don’t go without a plan

Planning marketing operations, whether it answers short-term or long-term goals, requires some thinking. Even social media have not changed this. But with social media, it has to look spontaneous, which requires more effort as you have to cope with a constant load of information.

Thanks to a closer relationship with users, social media allows new strategies such as creating your own media or targeting influencers instead of journalists. Well, this is not new anymore. But you get the idea.

While the myth that social media marketing is cheap has been around for a while, no wise decision-maker thinks that anymore. There are often a lot of hard work and expertise behind success stories. That’s just not what’s been pitched most of the time.

Another misconception is that short-term projects are less expensive than long-term ones. But a project’s timeframe never determines its budget. A 3-month viral marketing campaign can require more than a year-long inbound marketing strategy. It all depends on your objectives and the resources you need to achieve them.

What you run after may lead to various strategies

Each approach offers different possibilities, which should be assessed according to your goals.

When you’re looking to get people to know about you, you will focus on what can bring you such visibility. Putting PR at the heart of your campaign, teaming up with influencers, running ads, and so on.

When you’re looking to grow a legit fanbase, your strategy will focus on building your authority. Becoming a reputable source of information for your audience on social media, using short formats as well as long-form content.

In both cases, it is unlikely to convert a target who has not previously heard of you. To be successful, make it personal. Invest in platforms where you know your organization has something to share, where people expect it.

Social media ultimately pay off in the long run

Social media can be a great way to gain visibility. However, visibility gained quickly can produce short-lived results. The real value of social media marketing lies ultimately in the potential to trigger valuable actions among the community you build.

This means developing a relationship with your audience that allows recognizing your strengths. It may take some time between the discovery of your organization and visible actions from your audience. But this approach is unparalleled in terms of conversions.

So, is social media marketing a marathon rather than a sprint? Well, it may depend on your goals. But for organizations that see it in the long run, social media will be beneficial in ways that are otherwise difficult to achieve. 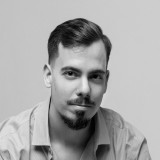 Digital entrepreneur from Europe. I have grown a marketing consultancy over the decade. Now, I explore new ways of working in the digital age.